Although the Explorer designed Modular Island is similar in many ways to the Modular Floating Work Platform the method of construction is on a much grander scale using only two unique rotation moulded Interlocking Floating Construction Blocks to assemble any size or design layout you can imagine both horizontally and vertiy to create a Totally Self Sufficient Motorised, GPS Positioned Private Island, Boutique Floatel Water Sports Centre, Reef Visitors Centre, or similar.

MSV Explorer are actively seeking interest from an established manufacturing partner to share in this exciting innovation. 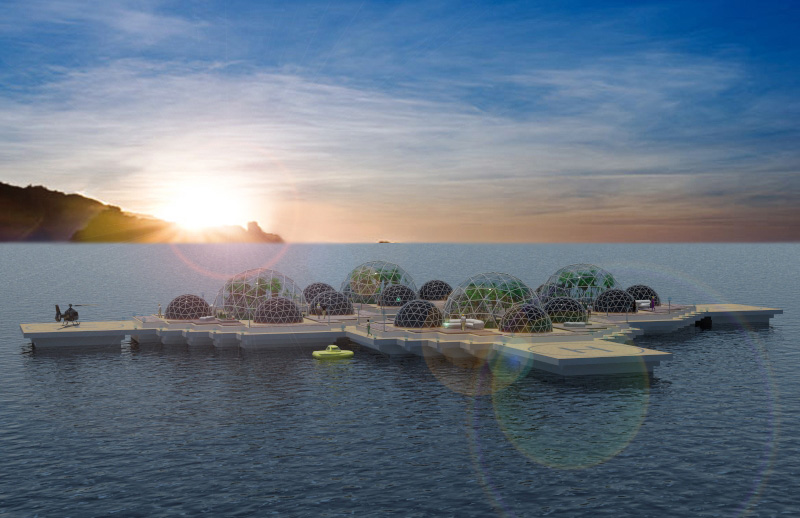 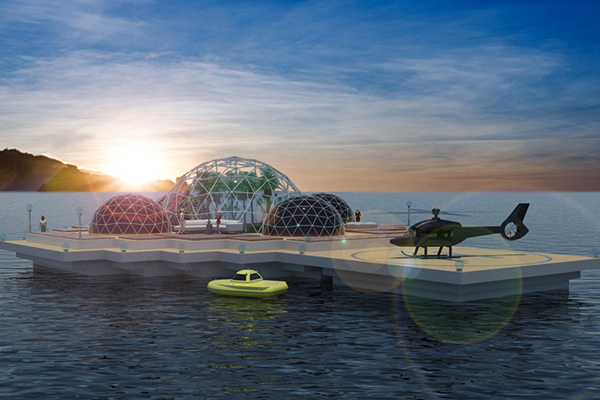 As a result of an enquiry from Canada asking if Explorer could design and develop a machine that could drive into the ocean with the intention of crawling from the beach to the seabed down to the depth of fifty feet for the purpose of loose Gold prospecting along a certain shore line of the Bearing Sea, Explorer designed the concept illustrated opposite which would achieve this task with re breather apparatus and 3D high resolution magnetometer.

Having considered the design implication, It became clear that by taking a number of inventive steps from this basic concept, an inexpensive shallow dive mini sub could be easily manufactured using our existing production tooling.

Based on marginally positive buoyancy, such a craft could be driven into the water and remain topside until the throttles are opened and three axis Joy Stick pushed forward operating down planes and pulling back on the stick to return to surface, with turn and spin controlled by the main Thrusters.

Due to the positive buoyancy bias, the craft would automatiy return to the surface in the event that the motors were switched off or failed.

To add a high degree of safety both motors would automatiy switch off if the pilot attempted to descend beyond maximum DNE. 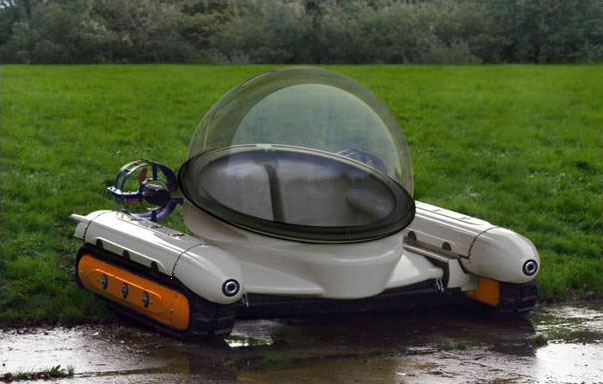